Guys, I'm home. I had to stay a day longer for another exam, but yesterday afternoon I finally came home. I held it together up until the door, then started wailing, and gave a terrible scare to my aunt and uncle. It was happy tears but they didn't know it. After that Francesca organized all my meds, cut my hair that was falling out because of the radiotherapy, gave me a shower and then we all had dinner and went to sleep at a normal hour.
I'm also on antidepressants for three months. Boy do I need them. I sleep better but I'm still anxious all day. It's gonna take a while, and I do need the help.
More updates to follow. :*

Big news, they're sending me home on thursday afternoon (tomorrow!) right after the tenth and last session. Yesterday I met again with the radiologist and he was ecstatic at my progress, then I did a heart exam and the old ticker works great too. Tati came by and spent three days with me and that helped enormously with my mood. Next week I'm meeting with my oncologist and she'll update my meds. Tomorrow my cousin will come and collect me. She was worried I'd be offended because she wants to walk me out of here on a wheelchair, to be safe. I told her she can use a clown car as long as she gets me out of the hospital. ;) So, one session in a few hours, one session tomorrow and it's over. Almost there, my friends. Almost there.

7th session done, I met the other lady who does brain radiotherapy and we bonded. The food is always excellent and my roommate is adorable. They cut my cortisol intake to 4 mgs a day, which is great because I was starving all the time. A healthy appetite is great and all but it was getting ridicolous. Now it's another stupid long weekend, so I need to be patient again. My cousin came by yesterday and washed my hair, and that helped a lot. I feel light and my head smells great. I'm in no pain whatsover and I sleep like a log every night. Only bad thing that happened was that panic attack the other day, but it was caused by a specific person from outside the hospial who I've cut off from my life now, so even that it's over and done. Things are good. 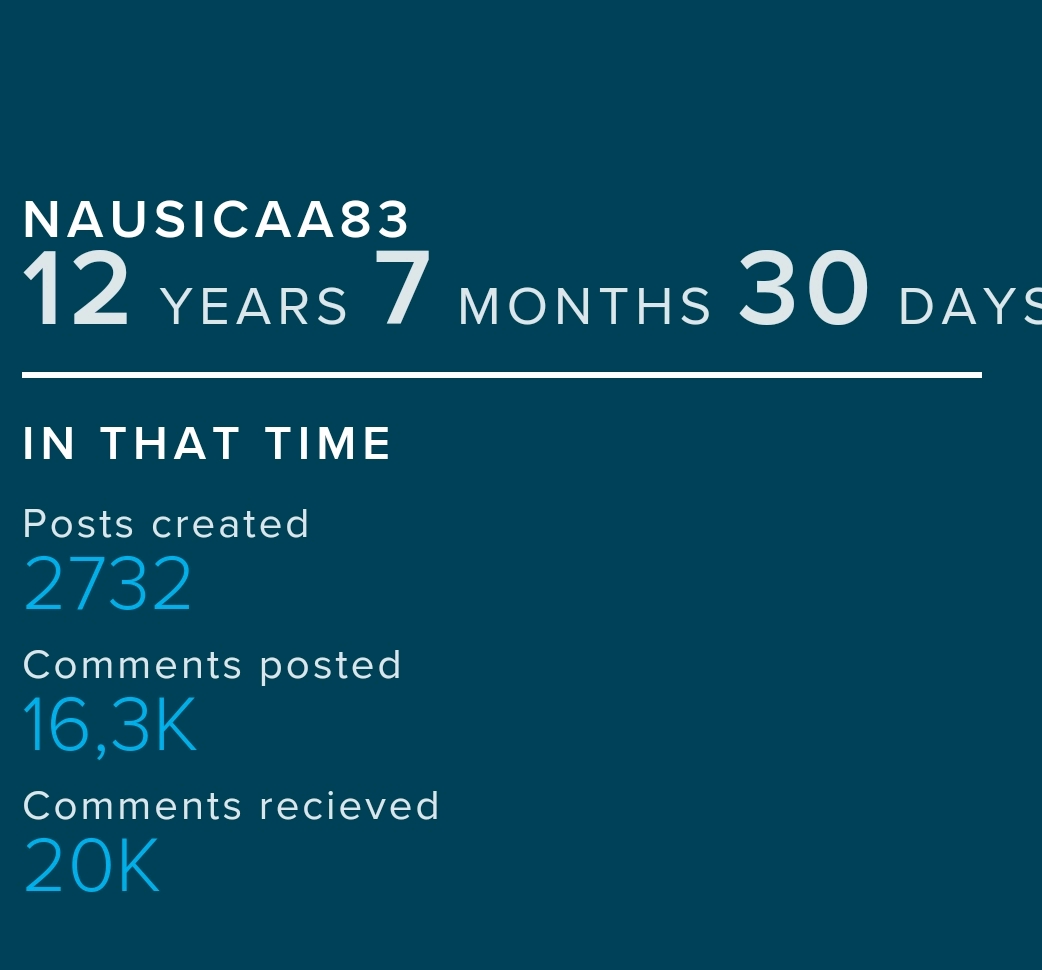 Wow, that's longer than I thought! Anyway today was the 6th session, the eyesight is still funky but they told me to keep being patient, and I'm eating a lot. Yesterday evening I got a panic attack but with the help of my roommate I felt better really quickly and slept like a log. Tomorrow it's the 7th session, then it's a long weekend, then the final 3. Patience patience patience.

Three sessions done, seven to go. We skip the weekend, then it's monday, then stupid tuesday is a national holiday, then three more days and it's the weekend again. Good news is, I didn't have any side effects after the first one, so it's all smooth sailing from here. By the 5th session my sight should go back to normal, I really can't wait. Also the hospital food here is delicious, and that helps a lot with the mood. Small steps but I'm not giving up. And today my aunt will come by to help me take a shower, I can't wait!

First radiotherapy session done. It was the worst one, they compared it to exposing your brain to direct sunlight, but quite frankly I was expecting way worse. I feel knackered but not bad. And starting tomorrow it shouldn't give me any bad side effects anymore, so we'll finally start on the feeling better process. It's ten sessions in total, but we skip the weekends. I'll be out of here in early May.
Thanks everyone for the comments and texts, they mean so much to me.

So here's why I've disappeared lately. As soon as I came back from London I started having terrible headackes, partial blindness in my right eye, the works. On monday I had my usual pet scan, and that's when I collapsed, got rushed to the ER, and four exams later they found methastasis in my brain. Because why not. So now I'm stuck in the hospital for at least a month. On tuesday we'll get the plan ready, and then it's a few weeks of radiotherapy.
Now, it's not the main illness, that's still in the breast, so it could be a lot worse. And at least I managed to see the concert in London first. Now I have to fight this too, and in a month I'll be back home! Plus my uncle promised me a trip to Genoa as soon as I feel better.

Last entry before departure: I got my tickets, I got my passport, I got my suitcase. Hope I didn't forget anything important. I got a make-up bag full of medicines because I get super anxious everytime I have to leave the country. I'll take pictures on my phone because that camera is way better than the actual camera I bought in 2012.

The last few days were spent taking long walks downtown to build up my stamina, marathoning all the X-Men movies (except for the ones Days of Future Past made irrelevant, because those two suck anyway), going to the cinema to watch Beauty and the Beast, which I loved. Today we're going to visit Tati's sister and her baby, and then I hope I'll be able to sleep, because I'm always anxious the night before I have to take a plane.

See you on the other side! \o/

I've been back home in Venice for a couple of days. The weather is wonderful, as spring has finally arrived, and I feel at peace and relaxed. And yet I'm having problems sleeping, or to be more precise, I sleep just fine, but I wake up really early, even when there's no need to. It's like my brain suddenly needs fewer hours of sleep to recharge. I guess the sudden weather change is to blame, but it doesn't bother me, so we'll see how long it lasts.

Next week I'm leaving for London with Tati, where we'll meet up with my cousin, who's currently in Ireland with her boyfriend (who lives and works there). We'll stay there the weekend of Tati's birthday, for the Kingdom Hearts Orchestra World Tour concert, then we'll all come back here together, just in time for my next treatment. It was supposed to be on the day I had to take the plane, but my oncologist moved it to the following week so I could go see the concert. The plan now is to take a long walk every day until then so that my muscles and lungs can stand three days as a tourist. Obviously I'm going to be very careful, take frequent breaks, take cabs instead of the subway, to minimize the strain on my body. I'm equal parts excited and very nervous. And part of me still can't believe it's actually happening!

Speaking of, yesterday I went to the cinema by myself for the first time since the diagnosis. I've always loved going to the cinema alone, but ever since 2015 I've rarely left the house without a chaperone, for good reason. And even when I started coming back here on my own, I still preferred to keep my outings short, and always have the cellphone ready to call for help. So yeah, this was huge. I wore my cute red coat, took a commemorative picture, and then turned my phone off for two hours. And the movie I chose for this momentous occasion was Logan. Because I enjoy weaving metaphors in my life. :D

Joking about metaphors of rebirth aside, that movie was amazing. With the rating, and the Hurt trailer, I kinda had an idea of what it was going to be like, but holy shit. It was like Children of Men but it made me cry even more. I think I cried at least six separate times over the course of two hours, one of which was just because they used my favourite Johnny Cash song, The Man Comes Around. It was so good, and so well-acted, and so devastating. I've been watching X-Men movies since 2003, and I couldn't have asked for a better ending. They just peaked with this one, and anything after this would just be... less.

And now, I have to do laundry! I love how even the most mundane tasks take a whole different meaning now. ^^

I'm back in Piedmont for a week. Yesterday I went to the hospital for the usual therapy, although there was a bit of a mishap. They were supposed to do the usual blood tests, and leave the needle inside my arm for the drip later. The nurses thought I was only meant to do the blood tests, so they took the needle out, to which I reacted shouting "wait, I need that later, put it back!!". You can imagine their faces. They did not put the needle back in, in case you were wondering, and so I had to be poked again three hours later when they attached me to the drip. Oh well. Did my therapy, saw my oncologist, who made me promise I'll show her pictures of my trip to London next time. Yep, the trip is coming, I can't believe it!

While I was in Venice my cousin's professor wrote back with his corrections to our first draft of the thesis, and they were all cosmetic ones (commas, how to write notes, etc), but I was so nervous while reading them Tati had to make me sit down and drink a glass of water. I had forgotten how stressful it can be, to read a professor's corrections on a paper you wrote, and not knowing if it sucked until you get to the end. It's been ten years since I graduated, I am so not used to it anymore.

Anyway, I'm taking a week here to help my cousin with the rest of the thesis, especially the intro and the final chapter, and then I'm back in Venice so that we can fix those gas tubes with the plumbers. It's like jumping from 22-year-old me to 33-year-old me back and forth. So weird.

I've decided to do a re-watch of Person of Interest from the start, although with the thesis and all I'll only be able to do it in the evening. I miss that show. ♥
Collapse